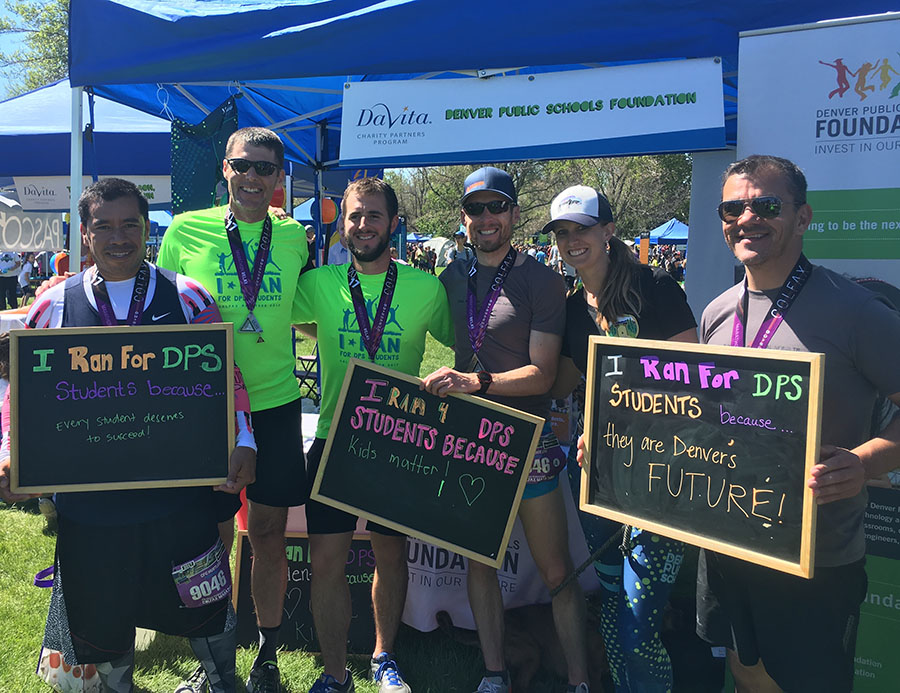 CFC is a construction company based in Golden that works on projects throughout Colorado. The team of relay runners decided to run for the DPS Foundation due to the recent uncertainty in public education funding. 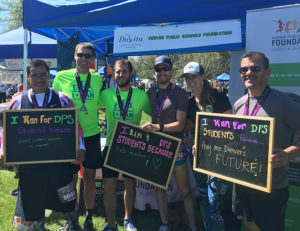 Everyone agreed that children and education are incredibly important in ensuring a successful community for years to come.

Dennis Polmateer, the team captain and Assistant Project Manager at CFC, led the efforts for the team’s training and fundraising campaign. Dennis said the team not only practiced together, they fundraised together, too! The team raised $2,570 and were runner up in the DPS Foundation’s “Most Money Raised” competition. This gave them the chance to donate $400 to the school of their choice.

Thanks to team runner Nicole Skalecke, they chose to donate to Lena Archuleta Elementary. Nicole’s younger brother attended Lena Archuleta as a child. She said, “It was the school that helped my brother love school again. He had just come out of an unfortunate situation and wasn’t motivated anymore. As soon as he got in to Archuleta, all of the teachers there helped him regain the confidence he needed to succeed. He got in to band class and took up playing trumpet, his grades went in a straight upward climb and he met a great group of friends. The teachers and staff are doing something very right.”

A big thank you to CFC for supporting local organizations and making Denver students a priority!